Play a city exploration game in London and discover the successful TV series The Crown. The show focuses on the life and reign of Queen Elizabeth II, who is United Kingdom’s longest serving monarch to date. While you solve puzzles and riddles in this game, you will find out about royal secrets, some of the series’ film locations and how the British monarchy has survived.

Are you up for a “royal” walk in London?

Each clue will lead you from one place to another by providing you with exact directions so you won't need a map, GPS, or guide. As you solve the problem and guess the answer, the secret story of that place is unlocked.

After you buy the quest, you'll get your access code by e-mail which will be used in the app. The tour will take you about 1.5 hours to complete, but there’s no time limit which will allow you to go at your own pace. You won't need a guide, just download the app, go to the starting point, and begin the adventure.

If you are a large group, one person can purchase access for the entire group by selecting the number of people in the group. All group members will be able to play the city game on their smartphone. Alternatively, each person can purchase their own ticket.

You can play as a group and solve the clues together as you walk, or you can split into smaller groups/teams and compete against the others. Each person can also play on their own, separate from the group and meet the group at the end of the tour.

Please enable cookies in your browser to place a booking

Please note: After your purchase is confirmed we will email you a confirmation.
Contact us 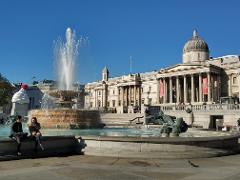 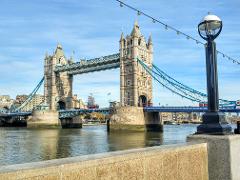 London Southwark: Pirates of the Thames